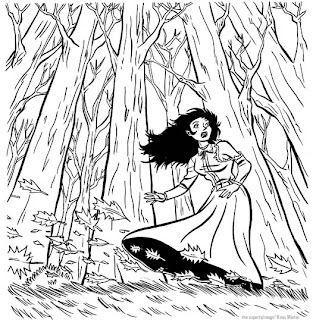 Here's a splash panel from the forthcoming "the Experts" trade paperback/graphic novel.

-Kenn
Posted by Percy Trout at 8:28 AM No comments:

the Experts in People Magazine (Australia) 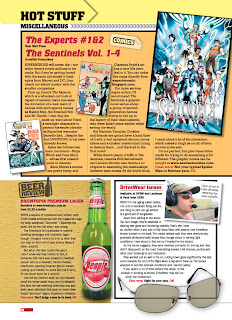 Recently, the news editor, Dann Leonard, of People Magazine (Australia) requested that I send him a couple of promo issues of "the Experts." Today, he sent me the page (attached) of the magazine that features a review of the series which will be in the July 30th issue.

-Kenn
Posted by Percy Trout at 7:10 AM No comments: 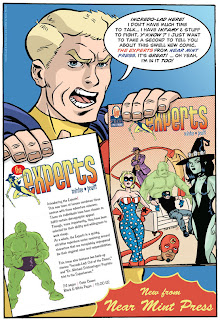 ... there will be a trade paperback collecting the first 4 issues! Yes, we have decided... since the single issues are not selling as well as we had hoped... and by the advice of our rep at Diamond Comics Distribution... we will be releasing a trade paperback/graphic novel of all-new material once or twice a year.

So, "the Experts" are not going away... they'll just be coming to you in a new format.

Don't forget, "the Experts" #3 will be in comic book stores this August... and look for the trade paperback to be released later this year.

Thanks,
Kenn
Posted by Percy Trout at 6:28 AM No comments: 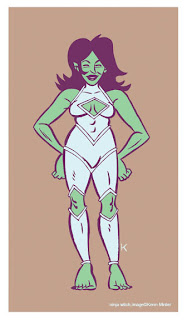 No, not really. But... she does appear in this costume in the 4th issue of "the Experts."

-Kenn
Posted by Percy Trout at 6:50 PM No comments: