Holiday Wishes from "the Experts!" 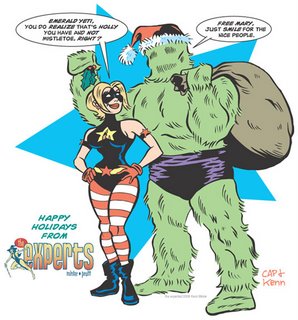 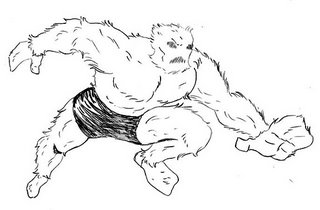 sketch by Clarence Pruitt.
Posted by Percy Trout at 6:10 AM No comments: 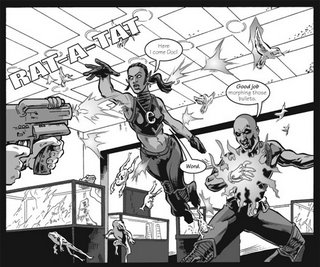 Posted by Percy Trout at 8:05 AM No comments: 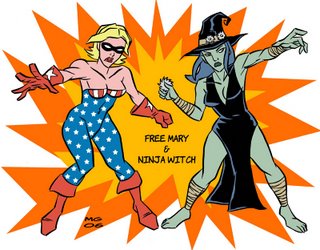 I just finished reading the first issue of "The Experts". I admit, I picked up the comic on a lark. I'm a big supporter of independent comics - I usually find they have much more quality tales than the mainstream stuff being churned out by the big guys in the market today. This is one comic I'm glad I decided to take a chance on.

I thoroughly enjoyed this first issue! A cute introduction to the main team - Dr. Delta, an enigmatic ghost? - Free Mary, from the costume and name, I'm guessing her to be a Lady Liberty type character? - Ninja Witch, who I hope to see more of her ninja side in action - Mr. Elaztik, not much on him this issue - Emerald Yeti, a clockwork beastie? what's that? - and the Naked Man, interesting name, but does he actually get naked to use his powers???

New recruits for a team that has been around before, eh? Hope we eventually get to see some of that old team (other than Frost Queen and the Scottish guy.

IncredoLad was a humorous tale - a new take on the whole "keeping the secret identity" - he he he, and the "ad" for IncredoLad's comics was a fun stab at the old Superboy type comics from days long past.... (although, with this tale, one has to wonder why Chet didn't try to save poor Tina.....)

When superheroes need a psychiatrist, where do they go? Dr. Michael Schlessinger, obviously! I definitely hope we see more of him in upcoming issues - how often do we get a chance to see the inner workings of a superhero's troubled psyche?!?!?!

Pruitt's art is beautiful - he definitely has a good knack for expressions - particularly with Ninja Witch - had she had no words to say at all, it would have been easy to see what she was thinking!

Overall, a great first issue, one that only whets my appetite for more (and there had better be more guys!!!) Any hints as to when we can expect to see issue two solicited???

a little before and after 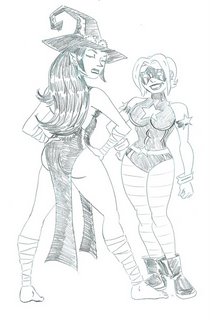 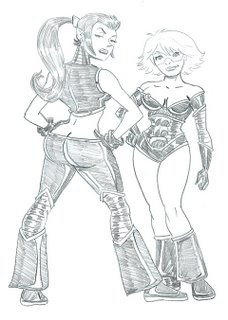 Comic News Insider has a new podcast up wherein they review "the Experts #1." Download and listen to the podcast (Click on Episode #65) here.
Posted by Percy Trout at 10:59 AM No comments: